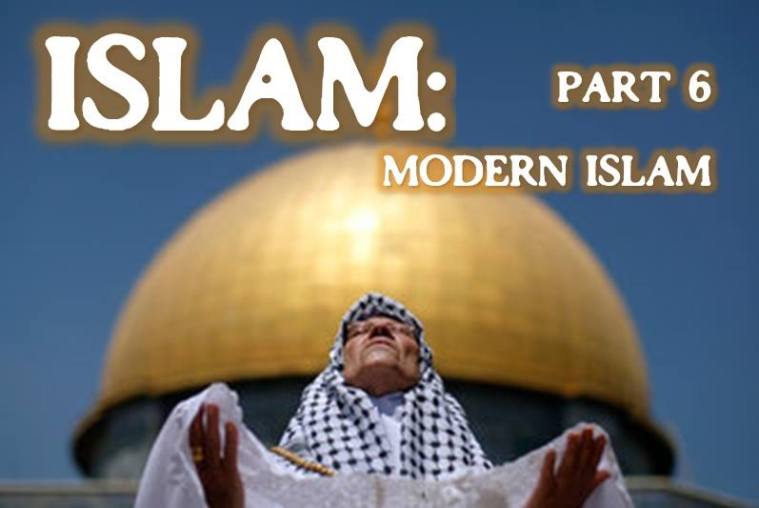 In Part 1 of our “Islam” series we saw the rise of Prophet Mohammed’s “religious” movement from its roots as a group of highway robbers into a large scale mercenary army. At the conclusion of Mohammed’s life, the Muslim military had conquered the whole of the Arabian Peninsula (modern day Saudi Arabia). Our second installment showed that from Mohammed onward, Muslims continued to conquer the world around them. In fact, from A.D. 632 until 1924, Islam had a conquering empire in each generation. Muslims call their world wide empire a “Caliphate” and its leader is the Muslim “Caliph.”

The theology of Islam dictates that Muslims are to militarily subdue the entire planet for Allah. After Mohammed’s creation of the Islamic movement in A.D. 620 the world saw four hundred years and over 500 military campaigns of Muslim conquest. By A.D. 1095 the European Christian world saw the advancement of Islam into Spain, France, Italy and the Byzantine Empire. Enough was enough for Christians and thus were born the Crusades. For the next two centuries Crusaders pushed back against the Muslim world with mixed success. But the European encroachment by Islam was more or less stymied.

By 1924 the last official Islamic Caliphate was dead. Yet, in 1928, a financial organization of wealthy Muslims sprang up in its place. Known as the Muslim Brotherhood, this banking and financier group has been referred to as the new Islamic Caliphate. It has funded nearly every major terrorist activity in the Muslim world since its inception.

A 2011 Pew Research finding places the world wide Muslim population at 1.6 billion and refers to Islam as the planet’s fastest growing religious movement. Even though it lacks a central Caliphate, Islam is more popular today than at any time in its history. Regarding geographical spread, it is also larger now than ever. Modern Islam is bigger than it has ever been. It is also filled with several decentralized bands that are themselves seeking to become the new Caliphate. ISIS is one such group. Its name stands for “Islamic State of Iraq and Syria” and has risen to replace Al Qaeda as the world’s most virulent face of Muslim extremism.

A United Nations 2016 report has stated that although the Arab world only comprises 5% of the global population, it is responsible for 45% of its terrorism, 68% of its battle-related deaths, 47% of its internally displaced and 58% of its refugees. A look at the constant stream of terror attacks across the planet done in the name of Islam and such statistics do not seem exaggerated in the least.

Political pundit Ben Shapiro’s viral video on the state of mind of Muslims points to a grim picture of the average practitioner of the “religion of peace.” If its finding are correct, over 800 million Muslims across the world support the harsher tenets of Islam including Sharia Law’s death penalties for adultery and homosexuality and on-going Jihadi wars:

A study released in 2016 by the Institute for Economics and Peace shows that the top 20 deadliest terrorist attacks of 2015 all occurred on the soil of Muslim countries. And if we look at just Islam-inspired terror outside the Arab, Jewish and Russian world since 1968, we see that 295 individual attacks have occurred on Western soil. Thousands upon thousands have been killed in Islam’s wake in the modern world.

Currently, the mass migration of young men from Islamic countries into the West has begun to trigger a change in the pattern of criminal activities in the receiving European countries. Progressive minded Sweden has led the way in absorbing large numbers of migrants from the Muslim world. Beginning in the 1970’s, Swedes adopted a “diversity” program which aimed at changing their otherwise homogenous demographics. As a result, they are now considered the rape capital of Europe. Only Lesotho in southern Africa has a higher rape rate than Sweden. And at least 85% of those convicted of serious sexual assault in Sweden were foreigners (i.e.: migrants from the Muslim world).

In 2015, Germany’s Angela Merkel allowed at least 1,000,000 migrants enter her country from Islamic countries. Within a year so many sexual assaults had taken place that the official German police headquarters admitted that this epidemic was purely a result of the Muslim “rape game” known as “Taharrush.” In fact, the German Federal Criminal Police Office, BKA, now say that this Arab “rape game” has established itself in all of Europe.

Remember from our article on the theology of Islam that since Mohammed’s time, Muslims were instructed that women have only half the wort that men do. Further, men engaged in jihad are allowed to gather concubines from foreign countries they are fighting in. This appears to have been loosely translated by modern Muslim men to mean they have free sexual access to infidel women in Western countries and that the Qur’an, Hadith and Sunna allows them to have their way. In short, Muslim theology allows them guilt free and open sexual access to anyone they wish.

As the Muslim world expands and infiltrates into the Western world, we are beginning to see a clear continuation of the Muslim modem operandi. That of uncompromising conquest. Not one of assimilation and pacification. Islam has been spreading through military might since its inception in A.D. 620. Their theology demands that they subdue the entire planet. There is nothing “moderate” about such a view. And it appears much of Islam is intent on upholding its traditional goals. 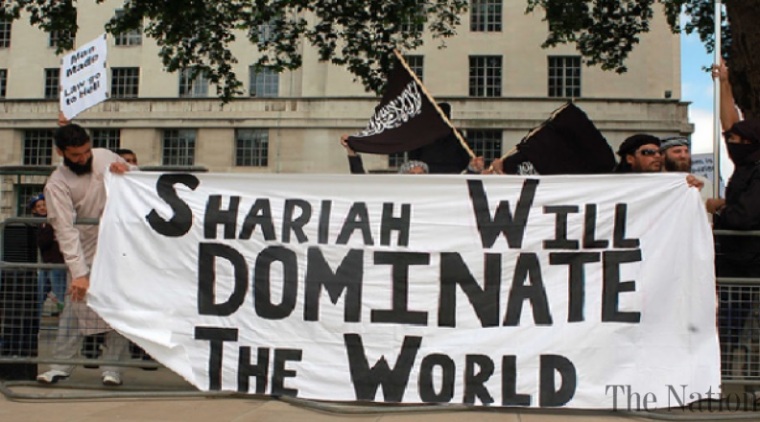 With all this being said, what is the proper response to Islam in our modern times? Do we go to war? Do we drive all Muslims out of our Western borders? It is my opinion that neither option would be fruitful or realistic. Yet I firmly disagree that the current model of mass immigration practiced by progressive governments is anything less than dangerous. Although a very small percentage of Muslims will actually reach out and kill their neighbours, there is a highly predictable pattern of that percentage doing exactly that. Like clockwork. Mass immigration will guarantee the regular appearance of terrorism.

Unfortunately, when Muslim communities are transplanted en masse from their Islamic world into ours, the degree of assimilation is extremely low. What many westerners fail to appreciate is how deep and how long the Muslim theology of world domination has run in Islamic civilization. The pattern of conquest is not new, nor is it practiced by only a radical few. It has been a way of life for the Muslim world ever since Mohammed’s lifetime. Most Muslims will not engage in warfare but they are sympathetic to jihadists as they deep down share their same goals of global conquest for Islam. Many deadly attacks in the West have been perpetrated by well educated, well employed Muslim immigrants (and sometimes natural born citizens of Muslim background) who hold fast to their Islamic worldview. It is not simply a string of down-and-outers who have mental imbalances. Many Muslims have a traditional view of their identity which is not friendly to liberal western societies. The truth is that most practitioners of Islam see themselves overwhelmingly as first and foremost Muslim and only superficially western.

Please do not misunderstand my point. We are to be loving and graceful to our Muslim fellow citizens. Many Muslims simply want a better more stable life than the Islamic world can provide. However, we need to be wise when it comes to the governments we choose to lead our societies. Be aware of the foreign policy stance of the politicians you have the power to vote for. And then decide which best reflects a common sense approach to the realities presented us by the modern world.