Every year in mid March the whole world goes a little green. Green hats, three leaf clovers, green beer, green rivers, green parades and green hair. It seems everyone loves “St Paddy’s Day.” A traditional Irish holiday, St Patrick’s Day celebrates Maewyn Succat, a Britain-born man who eventually became known as St. Patrick after spending his life converting the wild pagan Celts of Ireland to Christianity. He died on March 17, 461 and every year since, the people of Ireland have celebrated his life and mission on the day he passed away.

What started as a religious feast only in the Irish homeland evolved to a worldwide celebration once the Irish began immigrating to North America. Soldiers in the American Revolutionary War in the 1700’s began the tradition of the St Patrick’s Day Parade and ever since the celebration of the Irish saint has only grown gotten bigger.

Yet, as is wont to happen to many traditional Christian holidays, St Patrick’s Day has morphed into a milk toast secular version of its original self. It is more about a general patriotic festival for the Irish at this point. Gone is the recognition of Ireland’s turn from darkness to light through St. Patrick’s sacrificial life and work. But for those of you who are unfamiliar with this famous “Irishman,” you may be wondering what exactly did St. Patrick do for the island nation of the Irish that made him so memorable?

Born in Bannavem — a town in Roman occupied Britain

— in A.D. 385, Maewyn Succat grew up as the son of a tax collector in a rural family. Maewyn received a traditional Roman upbring and was exposed to Biblical teachings through his father. Despite this, St Patrick later described that he was a non believer during his youth. When he was 16 years old he was kidnapped by Irish pirates and sold into slavery to a Celtic druid chieftain and ended up serving his owner for six long years.

During this exile, Maewyn began praying to the God he had known about but ignored his whole life. Even though he had no bible or church to attend, he drew close to God through constant prayer. Many of the details of Maewyn’s (St. Patrick) life are drawn from two surviving letters written by him. The Confession and the Letter to the Soldiers of Coroticus are 2 of the 5 primary historical sources used to re-create St Patrick’s life and adventures.

After six years of faithfully serving his Druid owner, Maewyn received what he believed was a prophetic dream asking him to wander off in a particular direction and look for help. Maewyn did just that and after a 200 mile trek ended up on the eastern shore of Ireland where a British ship took him back home. Once safe, Maewyn did not return to his old mischevious ways but studied his faith and even pursued official Christian education in France. 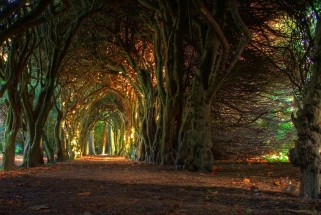 A few years later Maewyn had another vision in a dream. This time, Celts from Ireland were calling out to him from the woods, begging him to come back to the island of his captivity to help them. After some deliberation, the newly minted Christian teacher and leader headed back to the Emerald Isle and his date with destiny.

At some point after his conversion, Maewyn began referring to himself as “Patricius,” latin for “father.” As a result, his own writings are all under this assumed name and centuries later the moniker “St” was added. And voila, we have the beloved St Patrick of recorded history.

St Patrick’s task of preaching Christianity to the Celts was an ominous one. The Celts had once ruled much of Europe but by the 5th century A.D. had long since lost control over this territory and even Britain. The Gaelic Celts were still in command of Ireland during St Patrick’s life.

It was on the island of Ireland that the Celts never suffered a defeat. Undoubtedly, had the Romans truly set their sites on Ireland, the Gaelic Celts would have fallen as they did in Britain and Europe. Yet this never occurred. It was through the slow but systematic conversions to Christianity that the Celtic religion and culture eventually faded.

Celts were known and respected as fierce warriors. They fought bravely and with little armor. Pagan religion ruled the isle of the Gaelic Celts and in its more dogmatic forms was a structured social network of religious practices headed by the Druid chiefs.

Upon returning to Ireland as  St Patrick the missionary, Patrick had many unpleasant encounters with these spiritual leaders. According to records from his lifetime, St Patrick was known to buck the trends of the Irish Celts’ traditions. From refusing to accept lavish gifts, to not asking for money for baptisms and ordinations of new pastors. The missionary from Roman Britain was deemed odd by many Celts and even new Christians. As time went on, St. Patrick lead a growing movement which eventually overtook all of Ireland.

Many later writings about St Patrick have obvious legends intertwined in them. It was believed that the sainted missionary had banished all snakes from Ireland (these are not native to the Isle) and that he once threw his walking stick into the ground where it became a living tree. 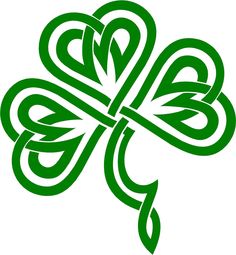 Yet one legend is more believable and may be based in truth: his use of the shamrock (three leaf clover) to educate the pagan Celts about the nature of the Trinity.

St Patrick met the pagan Celts right where they were spiritually and culturally: steeped in heavy supernatural beliefs and practices. The famed missionary held the lost hearts of the Celts tenderly and to a degree refined their views of the spiritual world from within. Not just by attempting a straight upheaval of their world. Yet he was faithful to the full Gospel and made sure to show them that the spirits they were trying to contact and commune with were certainly from the dark side of the Other World both he and they believed in. He did in fact introduce orthodox Christianity to Ireland. Obviously this ran St Patrick afoul of the Druids. Prior to his arrival, they had been the undisputed power brokers in the cultural and religious life of Ireland. St Patrick would later write: “Daily I expect murder, fraud or captivity… …but I fear none of these things because of the promises of heaven. I have cast myself into the hands of God almighty who rules everywhere.”

Ruled by roughly one hundred kingdoms, Celtic Ireland was slowly overtaken as St Patrick converted one king after another. Custom for Celtic royalty was to have the prevailing spiritual leader of a region educate their children. As a result, St Patrick was able to foster deep Christian beliefs into the princes of the Celtic royal families, further cementing Christianity’s place in the following generations. Peasants and farmers– loyal subjects of these kings — also often followed the lead of their royals and entered into Christian faith. Interestingly, St Patrick was constantly overwhelmed by such tasks as being an influential educator. Although he had been trained in the Scriptures, unlike the Druids and Kings he was up against, he had not received a thorough education in history and legal matters. Yet he pressed on nonetheless.

After planting the seeds for the Christian revolution of the Gaelic Celt nation, the church system grew strong in Ireland. Monasteries housed scribes who faithfully produced many copies of the Old and New Testaments as well as other works of the Greco-Roman world. And as the Roman Empire fell shortly after St Patrick’s lifetime, the barbarians and Huns ransacked Europe, destroying many great libraries and almost wiping out the records of Western Civilization. Ireland was mostly untouched by these invading forces and the tireless work of the Irish clergy is now seen as a key player in preserving the legal, philosophical and religious aspects of Western Civilization.

It is truly amazing how God works through those who dedicate their lives to Him. One never knows just how far God’s plans are for them. When young Maewyn Succat was taken from his home and lead by boat to a far off captivity, he never dreamed of what God had in store for him. Through the dedicated life of a simple farm boy turned studious missionary, God would conquer the Gaelic world and preserve Biblical records and key aspects of our civilization. 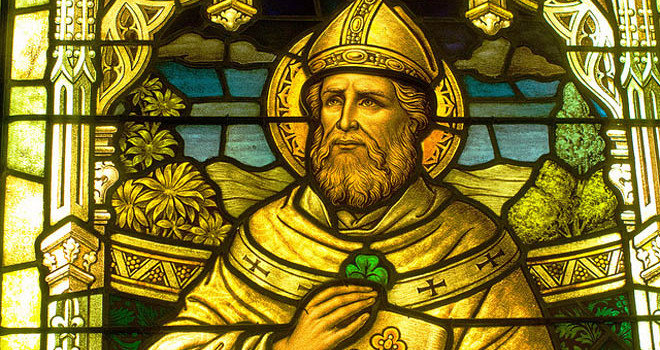 One thought on “The Apostle to Ireland – St. Patrick”