1. Fertilized Eggs Are Not Human

Bill Nye states that simply having a sperm fertilize an ova does not mean a person now exists. Many people find this believable. After all, a single cell does not seem very personable does it? Yet, the problem with this view is that if we do not count this moment as the “big bang” of a human, we literally have no other scientific event on which to pin the origin of person-hood.

Every stage after the formation of unique DNA (the moment of conception or fertilization) is simply a later stage in the development of the biological organism known as… a human. If we do not immediately link biological humanity with person-hood, then the granting of human rights to a human becomes a non-science based game of throwing darts on a chart. How early do we grant a person protection under the law? It used to be at 10 weeks gestation (in the womb). But since 1973’s landmark ruling known as Roe V. Wade made abortion legal in all 50 U.S. States, the public has had an ever-changing definition of when a fetus can or cannot be killed in the womb. By 2013 many States had the right to “terminate a pregnancy” in the ninth month. And by early 2018 legislation was being presented that would take all restrictions off abortions in the United States.

This is merely a playing out of the logic ushered into law by the pro abortion crowd. If humans are not automatically granted rights at the very moment they begin to physically, biologically exist, then we have to select a time in their development at which we grant legal status. Yet there is no absolute answer to that question. Is it around week 3 when they have a rudimentary nervous system? Or week 6 when their heart starts beating? Surely once they have fingers and toes — the 9th week of pregnancy — they are humans, right?

At least, according to “scientist” Bill Nye and the Pro Choice crowd. At this juncture in the debate, a baby in the womb only becomes a person — whose rights to life and liberty are protected by law — once the mother decides she does not want to kill him or her.

2. If Abortion of a Fertilized Egg (first 2 weeks of pregnancy) Constitute a Human, Do We Prosecute Mother’s Who Have Early Miscarriages?

This point is so absurd it is embarrassing we have to address it. Bill Nye wonders if we should legally blame mothers whose bodies eject fertilized eggs. The answer is… no. If someone dies of natural causes, we do not take Mother Nature to court. But if someone poisons you to death, now we have a murder. If nature does it, no person is to blame for ending a life. If a person ends your life, we have culpability.

3. You Wouldn’t Know What Early Stage Pregnancies Look Like if You Didn’t Have Science.

Yes. That is correct, Bill.

Now… what is your point?

I think his point is that we couldn’t even tell that a person was pregnant in the early stages of their pregnancy if we did not have sophisticated equipment. Therefore, the extremely small size of a human at the earliest stages of development disqualify that human from being declared… human. This is non-sensical. Again, either people automatically have rights or we choose hap hazardly who does and does not have rights. Yes, at the very beginning of a person’s life they are tiny. Yet this is where nature has chosen to start the process. Do we have a minimum weight requirement for people to be considered people?

There is no biological basis for person-hood. It is a legal concept that we have given to all. It protects their right to life and liberty and pursuit of happiness. And we either grant it to humans or we don’t. And if we are to attach it to humans, than we cannot then say it is only for humans of a certain developmental stage. 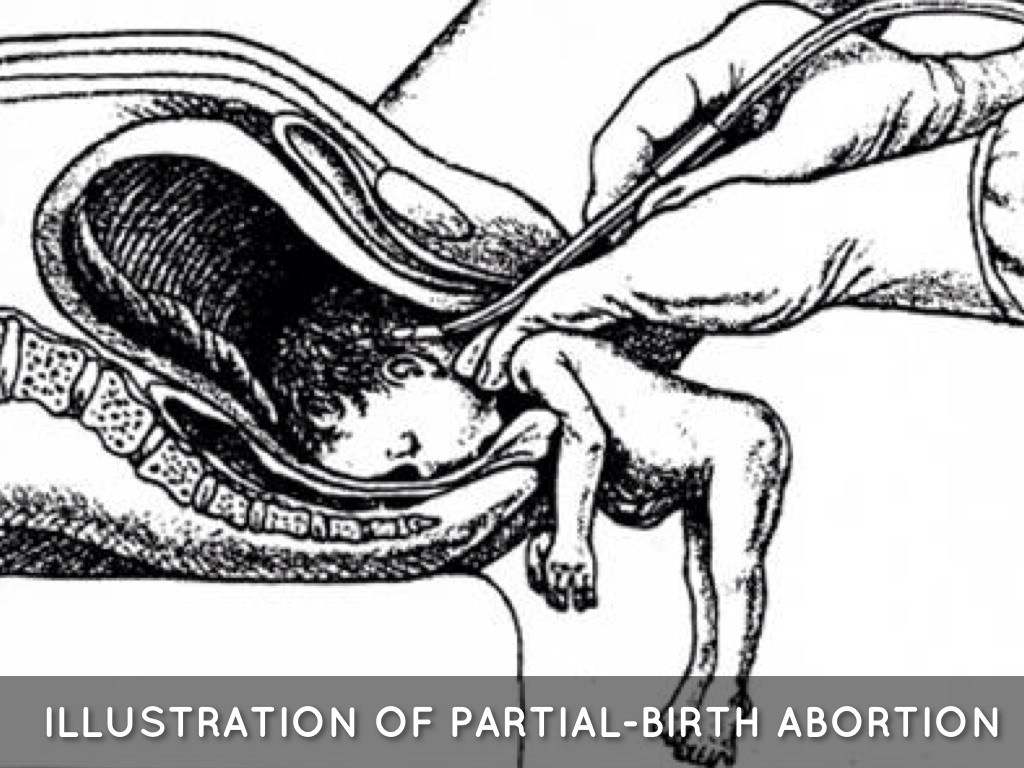 Because not only does this not make logical sense, it — as we have seen with partial birth abortion and other barbaric third trimester abortion procedures — ushers in a world in which no single stage of development is safe from being eventually violated and an even later stage of development being labelled as the “aha!” moment at which someone is finally arbitrarily designated as a true person. Do you think  Pro Choice advocates will be satisfied once we allow abortions to go one minute prior to birth? Heck no. We will then be arguing whether or not a new born baby can be selected for abortion. After all, we never know if a baby is fully healthy until it is out of the womb and can be properly evaluated.  Then and only then can parents make a fully informed decision. Heck, we let them use amniocentesis in early pregnancy to see if the baby has Down’s Syndrome. And a mother can legally abort her baby if she does not want to care for a handicapped baby. So why not let the full light of reason shine on the situation and await a post partum evaluation by a team of physicians?

4. Nobody Like Abortion. But You Can’t Tell Somebody What To Do.

Again, this point is so vapid it is an embarrassment on Bill Nye and the makers of this Big Think video. The question is not whether or not someone “likes” abortion. The question. The ONLY question is… what is abortion? Is it the taking of an innocent human life? If it is, then it no longer matters who does and does not like it. It becomes a question of whether or not we still want a society that blindly gives ALL people equal rights. And if we take away someone’s right to life, we take away ALL their rights.

Bill goes on to say he encourages us “not to tell women what to do” and also not to “pursue laws that are in no one’s best interest.” Well, Bill, by definition laws are the telling of others what to do. Every single time. That’s what it means to be a “Nation under laws.” And I believe at least one person’s interests are served by such laws… the unborn baby’s. I’ll bet he or she would feel it is in their best interest to have Bill Nye not pursue laws that would kill him or her in a place where he or she should be the safest: the mother’s womb.

Bill’s video does not address the real quandry in the abortion debate: is a human’s right to life protected by law? And he avoids telling us why a certain stage of development is more human than another. There is no other “first moment” of physical existence for a human outside biological conception.

Either way, most abortions occur in the 8th to 12th weeks of development. At this stage humans have beating hearts, nervous systems, fingers and toes. Is this not a human? If not, what is it pray tell?…

It is a slight-of-hand to discuss abortions only by invoking the very earliest stages of pregnancy. It allows Bill to side step the truly difficult aspects of abortion debates. That of defending later trimester abortion procedures. Bill relies on the minuscule stages to goad his audience to accepting the notion of unborn babies as being mere clumps of cells. Again, even at this stage he has to defend the notion that they are not a human at the earliest stages of their biological life.

Hopefully this examination has opened your eyes to the superficial nature of Bill’s Pro Abortion video. These “Big Think” videos are fairly light on the “Think” if you ask my humble opinion…